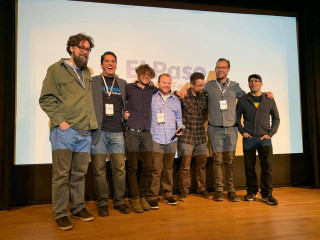 The El Paso Film Festival is the among largest showcase of independently produced films on the far edge of Texas. There’s something for every film lover.

Along with some of the best Independent films curated worldwide, EPFF showcases independent films created in the Paso del Norte region. Our bi-national stage provides a platform for emerging directors, writers, and actors from West Texas, Southern New Mexico, and Northern Mexico.