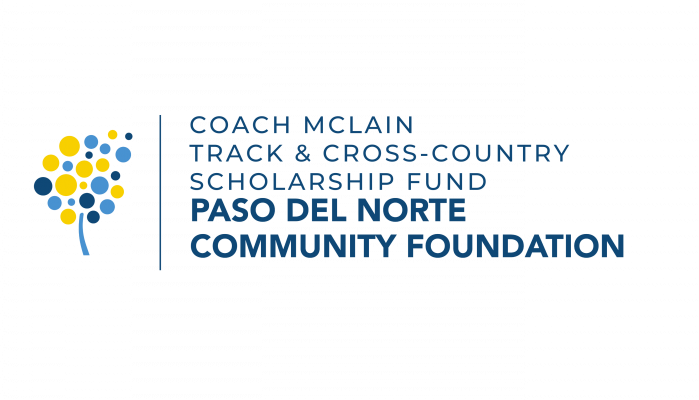 The Coach McLain Track and Cross-Country Scholarship was established by LaDeena and Toby Spoon and their son, Isaac Spoon, an Eastwood High School graduate and former track athlete, in recognition of Coach McLain’s exceptional leadership and commitment as a coach and in appreciation of his selfless service in support of his student-athletes.  Coach McLain’s impact has been exponential, as the student-athletes under his direction and guidance have grown to accomplish their own significant goals and have impacted other lives.  This scholarship is intended to inspire further acts of service and high standards of excellence, just as Coach McLain’s life of service to his students and athletes has reflected throughout his career as an educator and coach.

Coach Michael McLain has taught Anatomy, Physiology and has coached Track and Cross-County for over 30 years and over 20 of which have been at Eastwood High School in the Ysleta Independent School District. Coach McLain was named ‘Teacher of the Year’ for Eastwood High School for the 2016-2017 academic school year, and he was a Top 5 Teacher Finalist for the District.  In 2017, Coach McLain led the only team in the history of El Paso to medal in the 6A division, and, in 2018, he led a team to a state championship in the 5A division.  That same year, Eastwood qualified both boys' and girls' teams to state, which had not been done in El Paso since 2006.  Additionally in 2018, the Troopers defeated all teams from five (5) states including Texas teams from all divisions (1A through 6A) and private schools, becoming the first-ever team from El Paso to qualify for the Nike Cross Nationals.

More importantly, Coach McLain inspired countless student-athletes to envision themselves attending college and encouraged them to dream big dreams, helping many of them to secure track scholarships and continue their levels of high performance at the collegiate level.

The Coach McLain Track and Cross-Country Scholarship will ensure that Coach McLain’s passion for his student-athletes and his commitment to their success will live on through the generational impact that comes from the college experiences and degrees that will be earned through this scholarship.