The Socorro Community Initiative-Rio Vista Bracero Fund was created to support the City of Socorro Community Initiative (CSCI) and their development of the first-ever Bracero Museum and Rio Vista Connection Tour at Rio Vista Farm in Socorro, Texas. Once completed, the Bracero Museum and Rio Vista Connections Tour will serve the local underserved community of Socorro, the national underrepresented Latino community, and the international community of the El Paso - Ciudad Juarez metroplex. 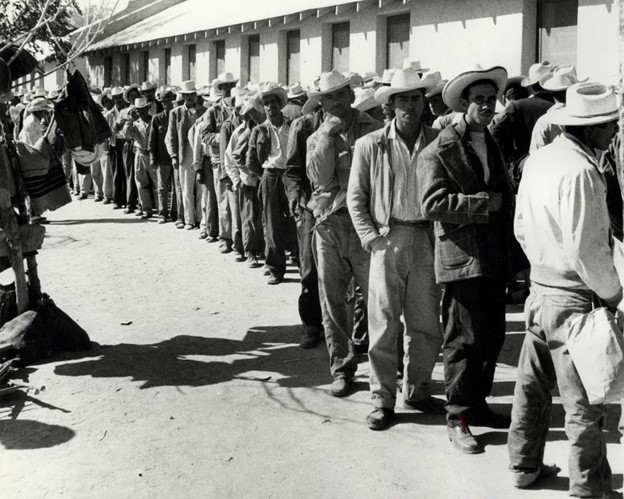 The City of Socorro Community Initiative (CSCI) is a new 501(c)3 public charity organization established to solicit public and private financial support for a variety of public, charitable, and educational programs and projects in Socorro, Texas such as the full rehabilitation of the Rio Vista Farm National Historic Landmark, and the Socorro Youth in Culture (SY!C) afterschool art program for kids ages 5-17. The CSCI was formed in 2019 as a response to the lack of non-governmental organizations (NGOs) focused on the unique challenges facing the Socorro community.

The CSCI is proud to announce a $750,000 grant award from the Andrew W. Mellon Foundation’s Humanities in Place Program to support the development of the first-ever Bracero Museum and Rio Vista Connections Tour at Rio Vista Farm in Socorro, Texas. The CSCI was able to receive this grant award through a partnership, and with the support of, the Paso del Norte Community Foundation as well as Dr. Yolanda Chávez Leyva, Director of the Institute of Oral History and Associate Professor of History at the University of Texas at El Paso (UTEP).

Rio Vista Farm has been recognized for its significant contributions to the Bracero Program, also known as the Mexican Farm Labor Program of 1951-1964. The Bracero Program was an agreement between the U.S. and Mexican governments that permitted Mexican Citizens to take temporary agricultural work in the United States. This program was the largest guest-worker program in United States history. More than 4.2 million bracero contracts were drafted for more than 2 million individual guest workers, with over 800,000 bracero contracts processed at Rio Vista alone during its years of operation. Rio Vista was one of only five long-term reception centers along the US-Mexico border and is quite possibly the last remaining bracero reception center on either side of the border. The Bracero Program stimulated migration patterns between Mexico and U.S. during the 1950s significantly impacting postwar U.S. Latino populations in Texas and the West.

The Bracero Museum and Rio Vista Connections Tour will be accessible to international visitors from Mexico, many of whom were braceros or are the descendants of braceros. Visitors will get to walk through the grounds and adobe rooms where hundreds of thousands of braceros slept, ate, signed contracts, waited, and dreamed of a better future for themselves and their families longing for their return in Mexico.