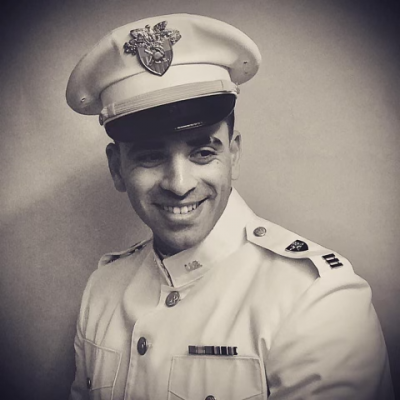 Lyone “Tito” Velez-Segarra was born on November 12th, 1992, in Fort Worth, Texas, to Noel Velez and Laura Segarra. After his graduation from High School in 2011, Tito entered the United States Military Academy as a member of the Preparatory Academy, as part of the West Point Class of 2016. During his time at West Point, Tito was a member of Company E4, before being reassigned to Company G1 after his Plebe (Freshman) year. Tito was a passionate member of the Salsa Club and enjoyed sharing his love for music and Puerto Rican culture with his peers. During his Plebe year, Tito was also a member of the Boxing team, where he met some of his dearest friends. Later, as a Firstie (Senior), Tito earned a spot on the club bowling team, where he went on to compete at the national level at the Las Vegas National Championship.

Tito was commissioned into the United States Army in 2016 as a Second Lieutenant of the Signal Corps and was assigned to the 1st Armored Brigade Combat Team at Fort Bliss, Texas, as a Battalion S6. Later, Tito was reassigned to the 86th Expeditionary Signal Battalion as a Signal Platoon Leader. During his time at Fort Bliss, Tito completed two tours to Europe, including Romania, Poland, and Hungary, as part of Saber Guardian ‘17 and Saber Strike ‘18 multi-National exercises. Later, he elected to transfer into the Information Systems Engineer functional area and accepted an assignment at Fort Gordon, as the Mission Management Lead at the Cyber Tactical Operations Center, Joint Forces Headquarters - Cyber.

Tito never wanted to be seen as sentimental, but under his professional veneer, he was a caring man and dear friend to many. Tito was a modern-day renaissance man; a kind-hearted, and well-rounded leader who was talented at everything he applied himself to. He was recognized by his family and friends as a skilled bowler, boxer, salsa dancer, pianist, guitar player, skater, and aviator, and loved by all. He had a way of bringing unlikely groups of friends together and cementing relationships. Tito’s love of sharing his hobbies, his music, his love for God, and his culture positively impacted all who knew him.

Tito was a steadfast example of loyalty, to his friends and communities, as he was always the first one to call and check up on his peers when they were struggling in life, and never hesitated to fly across the country to support friends and loved ones in times of need or to celebrate during times of joy. Tito created powerful, persistent bonds all around himself, and strengthened the communities he walked in. The impacts of Tito’s short life on his classmates, family, and friends are treasured by all that knew him.

Finally, Tito never stopped learning and improving himself with new skills, hobbies, and talents. His ambition for aviation and the countless hours he dedicated towards it late in his life speak to that greatly. His drive to be a better man and better human being continues to inspire those who knew him. Tito is survived by his father, Mr. Noel Velez, his mother, Laura Segarra, his sister Destiny, and countless friends.

In honor of CPT Lyone “Tito” Velez Segarra, a portion of all bracelet sales will go towards funding “Tito’s Way,” a non-profit scholarship fund facilitated through Strive Now a West Point classmate’s foundation, that will provide opportunities to young, up-and-coming high school-aged leaders in the El Paso area. Tito had a passion for self-improvement and was known for his high integrity and character. We are honored to celebrate his name in this way, Tito’s Way.