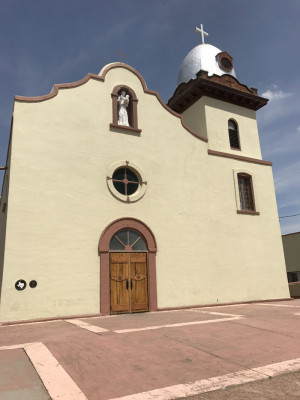 The YHDC steering committee consists of Ron Leiman, Norma Irwin, Bea Sada, and Bonny Schulenburg. The Committee’s initial goal was to promote five historic Ysleta schools along the Alameda Corridor with a series of panel discussions at each location between May 2016 and October 2017. Due to positive community feedback, an additional goal of promoting the historic district and working with stakeholders in the area has developed and expanded the committee’s scope to other buildings and sites in the area neighborhoods.