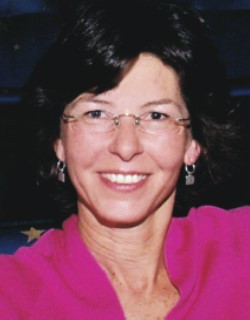 A native daughter of Texas, Andrea was one of four Dorsey children born and raised in west El Paso. She lived most of her life on the same block after buying a home as an adult just a few doors down from the home in which she was raised. She was passionate about traveling and visited places all over the world and most of the United States, but El Paso was her beacon. She owned Dorsey’s Gift Shop, which provided her with the opportunity to be part of the special moments of so many people’s lives through gifts and significant life announcements.

She was genuine and nonjudgmental, and her customers confided and forged lifelong friendships. An avid gardener, Andrea fostered beauty in her huge cactus garden, and she was particularly gifted at creating park-like settings. Beautification and preservation of the native desert environment were important to her. She fell in love with and married Peeter Kirs, an adopted son of the Sun City who came to El Paso through the University of Texas at El Paso (UTEP), where he was a professor.

Andrea loved El Paso and, together, Peeter and she chose to entrust a portion of their estate to the Paso del Norte Community Foundation and the Robert E. and Evelyn McKee Foundation, benefitting each with very significant gifts. Andrea had a loving and giving heart and, together with Peeter, is celebrated for her generosity. With an endowed fund named in her honor, Andrea will share her love for El Paso –and its beautification, preservation, and people – for years to come. The Paso del Norte Community Foundation is humbled to honor Andrea Dorsey Kirs’ life by stewarding the funds she and Peeter entrusted to continue making El Paso a better place.