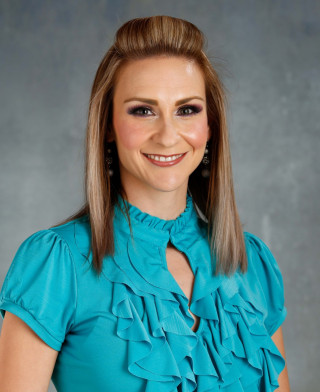 GURI is aimed to helping Texas public institutions for higher education recruit distinguished researchers from around the world to the State of Texas. The program seeks to bolster both the standing of Texas public colleges and universities and economic development efforts statewide. This advisory board assist the Office of the Governor with the review and evaluation of applications for funding of grant proposals and make recommendations for approval of those applications.

Ms. Short joined the Paso del Norte Community Foundation in 2018.  She previously served as the Community Relations Manager for Texas Gas Service and the Executive Vice President at the Greater El Paso Chamber of Commerce. She is secretary of the El Paso Children’s Hospital Board, member and past chair of the Workforce Solutions Borderplex, board member of the FirstLight Community Foundation, and a graduate of Leadership El Paso - Class 28 and Leadership Texas - Class 2016. Additionally, she is a former board member of the Borderplex Alliance and the El Paso ISD Education Foundation and former vice president of the YWCA Paso del Norte. Short received a Bachelor of Arts in Political Science and a Master of Public Administration from The University of Texas at El Paso and received a Certificate in Leadership Development from the U.S. Army War College’s National Security Seminar.