Meet our Board Member - A. Richard Moore, Jr. 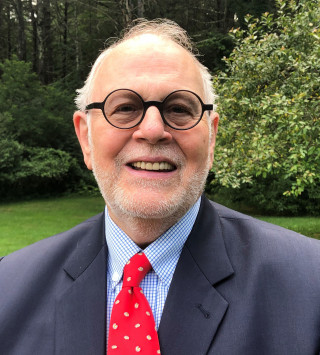 Richard Moore joined the Paso del Norte Community Foundation (PdNCF) Board in 2015 and served on the Paso del Norte Health Foundation’s (PdNHF) Board from 2016 to 2018. He currently serves on the PdNHF/PdNCF Investment Committee. Serving on both foundations, he found the work of PdNCF and PdNHF to be professional and he was impressed by the foundation staff’s humanity and kindness towards those being served by the foundation.

Mr. Moore came to El Paso in 2004 to become Executive Vice President and Chief Financial Officer for Verde Realty, a REIT that developed, owned and operated industrial properties in the United States and Mexico and multifamily properties in the southwestern United States.  Subsequently, he was Managing Director for non-bank activities at Strategic Growth Bank Incorporated in El Paso. He also served as a member of the Board of Overseers for Historic New England; Trustee and Secretary of the Arkansas Arts Center; Director of the El Paso Museum of Art Foundation; Director of the South Bronx Housing Corporation; and Director of the Episcopal Housing Corporation. Recently, he was elected to the Village of Manchester’s Board of Trustees for a two-year term and is also the director of Borderplex Realty Trust, a private El Paso-based REIT.

Mr. Moore began his career as a speechwriter for Arkansas Governor Winthrop Rockefeller, and after Governor Rockefeller left office served as coordinator for his activities in rural economic development.  He became Chief Operating Officer for Winthrop Paul Rockefeller.

Mr. Moore has been a guest lecturer on real estate, the REIT structure, and finance at Columbia University School of Business, New York University, Southern Methodist University, and the University of California at Los Angeles.

A native of Little Rock, Arkansas, Mr. Moore has lived with his family in New York City, London, and El Paso and now lives in the Village of Manchester, Vermont.  He and his wife Susan have two daughters; their daughter Booth lives in Los Angeles and is the Executive Editor, West Coast for Women’s Wear Daily, and their daughter Kathleen, who lives in the Village of Manchester, is a candidate for holy orders in the Episcopal Church.

While in El Paso, Mr. Moore embraced the city and witnessed the re-developing of its identity.  In the forefront of this renewal was the revitalization of downtown El Paso as a city center of which every resident can be proud – a place where any and every resident can come for work, for study, for entertainment, for celebration, or for relaxation.  Mr. Moore stated, “I think that El Paso is increasingly becoming a united city – not a city segmented by race, nationality, citizenship, or economic status.”

One aspect that Mr. Moore will remember about the El Paso-Juarez Community is the opportunity and examples it provides for women to be integrally involved in all aspects of the community’s life. “Within six months of moving to the Borderplex, we met four outstanding women:  Guadalupe de la Vega, a dynamic, hands-on philanthropist; Diana Natalicio, a brilliant, brave leader of higher education; Elizabeth Galvin, an innovative, intensely creative artist; and Myrna Deckert, a unique organizational strategist.  Time has proven that these four exceptional women are only a small part of a large assembly of women in the El Paso/Juarez community who are making the Borderplex a better place to live economically, artistically, governmentally, and philanthropically.”