Meet our Board Member – Judy Robison 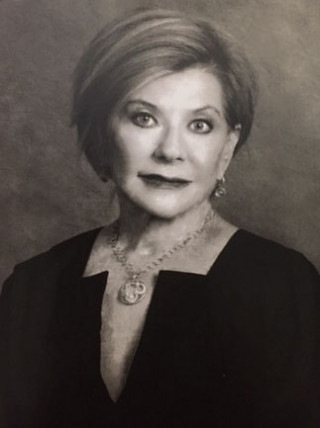 Mrs. Robison and her husband Kirk moved to El Paso in 1974, where she quickly found herself volunteering, mostly through her children’s activities, but soon her volunteer work expanded to the community which she loves. The Robison’s own Pizza Properties, which owns and operates Peter Piper Pizza franchises and Boss Chicken & Custard franchises.

Mrs. Robison has extensive experience working in education and arts advocacy. She earned her bachelor’s degree at California State College and went on to study Educational Psychology at Claremont Graduate School. Prior to her work with the arts, Judy’s passion for education led her to work as a secondary school teacher and counselor in Rialto, CA.

Mrs. Robison has been incredibly generous in giving of her time for community programs.  She is currently the Immediate Past Chair for the Texas Cultural Trust, and a past president of the following nonprofit organizations: El Paso Symphony Guild, Greater El Paso Tennis Association, El Paso Child Crisis Center, El Paso Child Crisis Center Foundation, El Paso Symphony Association, Texas Association for Symphony Orchestras, El Paso Symphony Foundation.  She is also a past board member of El Paso Pro-Musica, Young Women’s Christian Association (YWCA), and served on the Steering Committee for the Center Against Sexual and Family Violence Capital Campaign in 2018.  She currently serves on the President’s Council for the Texas Tech Paul L. Foster School of Medicine.

Judy and her husband, Kirk, were inducted to the Junior Achievement El Paso Business Hall of Fame in 2001, and they were honored with the El Paso Inc’s Community Spirit Award in 2018.  Judy was recognized by the El Paso Inc. in 2017 as a Woman of Impact.

Mrs. Robison serves on the PDNCF board because of the role the foundation plays in the community, and she is especially passionate about issues and programs related to women and children.

Judy and her husband, Kirk have two daughters, Amy and Jill, and nine grandchildren, and she loves tennis and plays several times a week.