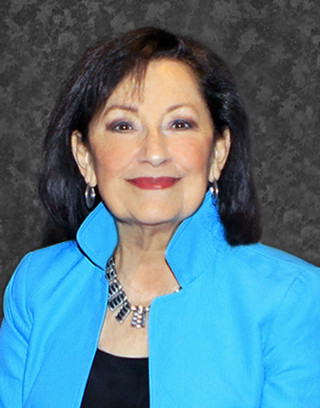 Dr. Susana Navarro is a founding board member of the Paso del Norte Community Foundation after serving on the Paso del Norte Health Foundation as a board member from 2006-2013 and board chair from 2011-2012. One of El Paso’s most esteemed educators and visionary thinkers, her dedication to systemic change and ensuring equity, access and excellence inspired her service to the foundations.

Dr. Navarro graduated from the University of Texas at El Paso (UTEP) with a major in political science. After working at the U.S. Commission on Civil Rights in Washington, D.C. on a landmark study of Mexican American education, she began her graduate studies at Stanford University, where she received her Ph.D. in educational psychology.

She served as the National Director of Research and Policy Analysis for the Mexican American Legal Defense and Education Fund for five years and later as the Executive Director of the California-based Achievement Council, a statewide nonprofit organization that she helped create.

In 1991, Dr. Navarro returned to El Paso, where she helped found the El Paso Collaborative for Academic Excellence (Collaborative) based at UTEP, in cooperation with regional education, business and civic leadership.  Dr. Navarro was also an associate professor in UTEP’s Department of Educational Leadership.

Dr. Navarro’s work has been featured in numerous national publications, including Education Week and The Chronicle of Higher Education. She served as Principal Investigator for El Paso Mathematics and Science Partnership (MSP), a $30 million grant awarded to the Collaborative in 2002. In addition to MSP and other grants from the National Science Foundation, the Collaborative received support for its systemic reform work from the Pew Charitable Trusts, U.S. Department Education, Lucent Foundation, Exxon, and Coca Cola Foundation, among others.

Dr. Navarro was named one of UTEP’s College of Liberal Arts Gold Nugget recipients, an award given to exceptional alumni who have distinguished themselves in their professional careers and their community work.

Dr. Navarro retired from UTEP in 2011 and was named associate professor emeritus. She continues to serve as a consultant to national foundations and organizations as well as serving on several boards of trustees.