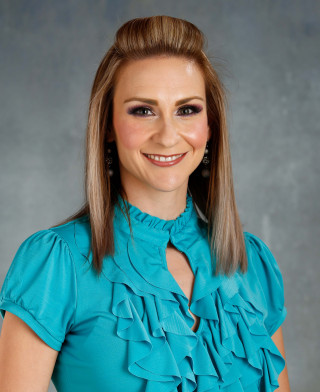 The holidays are my favorite time of year because people make a greater effort to be kinder to each other and are inspired by a beautiful spirit of giving. The outpouring of support for each other as part of the “El Paso Strong” movement felt a lot like the love we have for each other during the holidays. In 2019, the community has come together like no other year to give donations large and small for local nonprofits. But the year isn’t over and there is still time to make a difference.

We are in the midst of El Paso Giving Time, which encourages El Pasoans to volunteer with local nonprofits through Dec. 31. Walmart will donate up to $500,000 through the initiative – $5 for each hour community members volunteer and $10 for every hour Walmart associates volunteer.

We are thankful that the Paso del Norte community has given back even more than we could have been hoped for. Through donations from individuals, families, small businesses, organizations, foundations, and corporations, our Community of Philanthropy has advanced PdNCF’s goals of creating a more vibrant and thriving community.

Clearly, the spirit of giving is alive and well in the Paso del Norte region.

Among many highlights of this giving spirit were new Donor Advised Funds and major gifts under the Paso del Norte Community Foundation umbrella, including a generous $3 million gift from Rick and Ginger Francis and the Ginger G. and L. Frederick Francis Foundation to endow the president and deanships at the Texas Tech University Health Sciences Center El Paso.

The devastating mass shooting on August 3, which needlessly took the lives of 22, physically injured 26, and affected thousands more, inspired an extraordinary philanthropic response. Within hours of the tragedy, the PdNCF established the El Paso Victims Relief Fund accepting donations for victims and families.  We partnered with organizations like Entravision for the El Paso Strong Telethon, which was aired on TV and radio throughout Entravision’s border markets and raised more than $200,000 for victims’ relief and a scholarship fund for the children of victims.

We also partnered with the El Paso Community Foundation to create One Fund El Paso in order to ensure transparency and proper distribution of funds. More than $11.5 million will be distributed for direct support to victims and families as a result of these efforts.

This year has proven that all forms of charitable giving, big and small, in time and money, add up to make a tremendous difference.  We look forward to the start of a new year and working with you to sustain this extraordinary giving momentum and showing the world why we are El Paso Strong.

Mica Short is the Vice President of Development for the Paso del Norte Community Foundation.