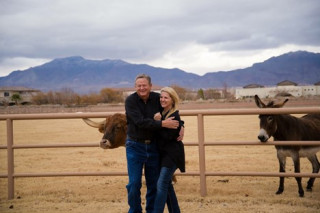 Although helping others and giving back to the El Paso community has always been a Jobe family and business tradition, Stanley and Martie Jobe reached out recently to the Paso del Norte Community Foundation for assistance in advancing their long-term charitable goals and decided that a PdN donor-advised fund was the perfect approach.  As a result, the Martie Jobe and Stanley Jobe Family Foundation was established in December 2021.

With their shared core ethics that focus on work, family, community, and country, Martie and Stanley chose the donor-advised fund solution in order to expand their record of giving and to pass on their legacy of giving and the Jobe family values.