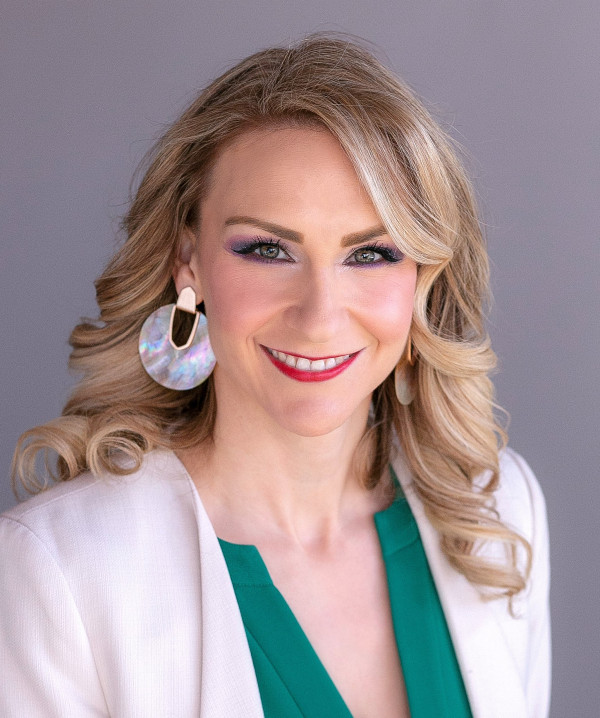 In her role as VP, Mica is responsible for the development and implementation of a robust fund development program to include donor development, communications, donor relations, and supervising her team of committed and community-minded leaders.  Mica is part of a forward-thinking team dedicated to the philanthropic goals of individuals, corporations, foundation, and nonprofit organizations to improve health, education, economic development and quality of life in the Paso del Norte region.

Prior to joining the Paso del Norte Community Foundation, Mica served as Community Relations Manager for Texas Gas Service Texas Gas Service, where she led the company’s local public affairs, was the main liaison for governmental entities in the West Texas Service area, and where she spearheaded El Paso funding priorities through the ONE Gas Foundation.  Previously, Mica served as Executive Vice President at the Greater El Paso Chamber of Commerce, where she oversaw the Chamber’s advocacy efforts at the local, state, and federal levels in the areas of healthcare, transportation, education, infrastructure and development, and border issues.  Mica served as the Chamber’s chief lobbyist and she worked with her staff and government relations volunteers to develop the Chamber’s legislative agendas and the Chamber’s position on key legislative issues.  Prior to joining the Chamber, Mica worked for four years as the community outreach liaison for an El Paso County Commissioner.

Mica is a native El Pasoan, and a graduate of Loretto Academy.  She holds a Bachelor’s Degree in Political Science and a Master’s Degree in Public Administration, both from the University of Texas at El Paso.  She was named Outstanding Academic Graduate Student by the Institute for Policy and Economic Development when she received her Master’s in 2004, and she is a member a Pi Alpha Alpha, the National Honor Society for Public Affairs and Administration.

Mica is a graduate of Leadership El Paso – Class 28 and is currently serving on the boards of the El Paso Children’s Hospital (Secretary), Workforce Solutions Borderplex (Immediate Past Chair), and FirstLight Community Foundation. She previously served on boards of a variety of civic organizations including the Borderplex Alliance, the Greater El Paso Chamber of Commerce, the YWCA (Executive Committee), the EPISD Education Foundation, Executive Forum and the Texas Association of Workforce Boards (TAWB).  In the Fall of 2020, Mica was appointed by Texas Governor Greg Abbott to serve on the Governor’s University Research Initiative (GURI) Board.

Mica is a graduate of the U.S. Chamber of Commerce’s Institute for Organization Management, and in 2009 she completed a Fellowship on Regionalism and Sustainable Development organized by the Association of Chamber of Commerce Executives in partnership with the Ford Foundation.  In 2013, she received a Certificate in Leader Development at the U.S. Army War College’s National Security Seminar. Mica is a graduate of Leadership Texas, Class 2016. In 2017, she was honored by the El Paso Inc. as a Woman of Impact and she was also recognized by the Greater El Paso Chamber of Commerce with the Breakthrough Leader Award.